Hello everyone 🤗. Has anyone else ever wondered about the amount of e-gift cards for points put up on the Rewards board. I mean they tell us how many Sweepstakes and Instant winners there'll be. I just want to know if maybe there might have been just a few cards. How about a little transparencyI  t's not a big thing. I'm just saying

It looks like a lot of unhappy people have popped up again on the forum.  Expect to be ignored or worse, get a message like: "Just keep trying!  We are posting great rewards options all the time!  Thanks so much for enthusiasm!!!"

I would like to see some quality gift cards available by points redemptions throughout the month, as you can see some examples in my tags below.

Hello everyone 🤗. Yes us Seniors are struggling every day with the System that seems not to care about us. We got a cola that I know might have seemed like a lot to people but our Medicare was increased from $148 to $170. That's a increase of $22. My cola was adjustment was $34. C'mon. I know AARP couldn't do anything about this but they can make hole in our pockets a lot better. AARP says they're a non profit organization but with the money they receive from membership fees and company endorsements should be spread out a little more for us instead of the huge salaries they're getting for what I believe is , ( let me stop before there's a knock at my door 😂 ) for people who probably don't even exist just like all these people that win these Sweepstakes 3 4 5 times a year ( Don't get me wrong I'm happy for the Real people that win ) which sometimes don't even have a name 🤔. Yesterday as I was in the middle of replying Therapist's I received a message asking me if I could take a short feedback survey ( makes me feel like they're monitoring my comments in the community Just Saying ) . Anyway I actually forgot what my point was but I guess a lot of people feel as I do. I guess I'll never win anything 🤭. I'm just saying

I have to agree with your previous post  Andrew about the folks running this podunk operation being so stubborn and refusing to listen to any of us. When they make an unpopular decision it's without any consideration for us.

Apparently the folks upstairs at AARP.org sitting in their cushy chairs are just letting them do as they please.

The ridiculous coloring sheets and those dating memberships @al45009948 mentioned in his post should have been removed months ago, and what about that stupid jewelry thingy for 150,000 points that has been around for over a year. So Sad

Good quality named gift cards with a reasonable $ value is possible, they are just refusing to change their playbook. Just Saying 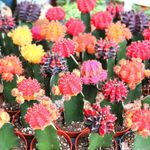 Also I’d like to know about when during the day do they 1st become available…. because lately by the time I get here ....the only worthwhile new items are already sold out! 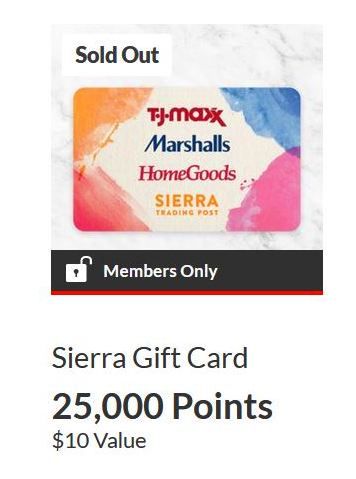 Hello everyone 🤗. Hope everyone is doing well. You know I noticed that particular gift card and I said where and when did it was placed there

I checked the rewards page about a hour before and noticed that it was sold out. Anyway , when it was it sold out it was right next to a instant win  one. I clicked on the sold out one and it said they were waiting for some more to restock their inventory. I'm wondering why they couldn't just use some of the 125 Instant Win cards. Let's replace those coloring sheets and those dating memberships. Get rid of the reward for that's for I believe 150,000 points that's been there since last year. I'm just saying

One last thing on another question , after I finished my reply and tapped on the reply button, I got a Something Went Wrong 3 times. There's a bug in their Community webpage

It wanted me to sign in even though at the top where your name and points are mine were there. It was good that I copied my reply before it went to the sign in page. Who ever fixed the Rewards Program page need to fix this one also. Just saying

It’s frustrating that so few worthwhile new items are available to begin with….it’s no mystery why they sell out so quickly….

that said…if they kept putting new ones up as the others sellout…. at least it would give more of us a chance to actually use our points for something useful.

I second that emotion!

"I Second That Emotion"🎹😀

by Smokey Robinson & The Miracles 🎶

1 Kudo
1,942 Views
0
Share
Report
Reply
Turn on suggestions
Auto-suggest helps you quickly narrow down your search results by suggesting possible matches as you type.
Showing results for
Show  only  | Search instead for
Did you mean:
Users
Need to Know