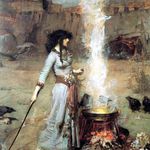 Hello fellow gamers!  Just curious about this game that I play all too often, Tripeaks Solitaire.  Here's my question:  estimate how many games that you played before you broke 3,000 points.  As for me, I played many many games before I broke 3,000 and I must have gotten lucky on that day as I have not done it since and that was months ago!

TerryDarc
Periodic Contributor
Can't tell you b/c I still haven't broken 3000. Close, but no cigar. I redeal if I don't get a really good run going by the 2nd or 3rd try.
0
Kudos
2573
Views
0 Kudos
319 Views
1
Share
Report
Reply

I spoke too soon. Just got 3143 and am top of the daily leaderboard, second this week. That was one really long run that almost died out a couple times when I rolled just the right card. Somebody up there likes me.

i'VE PLAYED FOR A COUPLE YEARS AND DON'T OFTEN COME CLOSE TO  3000 MOST OF THE TIME. BUT I'M 88 SO I MUST HAVE JUST SLOWED DOWN TOO MUCH. MY REAL HOBBY IS MAKING FROM SCRATCH CAKES.i GUESS THOUGH I'VE COME CLOSE, BUT NOT REGULARLY.

It's all about the length of the run and a lucky deal.

I'VE ONLY REACHED 2983. SO ILOOK LONGINLE OR WONDER HOW YOU ALL HAVE GONE OVER 3000 POINTS.

I think I played off and on for the better part of a year before breaking 3000, and since then maybe a half dozen games above 2800.

The game does require skill, but of a peculiar sort - being skillful at fighting your way through a mediocre hand to complete a game results in a low score.  I sometimes amuse myself by seeing how low of a score I can get for a completed game.  (I think I've gotten in the low 1000's before, I don't know what the lowest possible score for a complete game might be.  I got an 1100 tonight).  The game rewards long strings of cards played without going to the deck (as we all know, forgive me for being pedantic) with the score increasing in an exponential manner with each card.  And while being able to do that successfully requires skill, a high score is primarily a matter of being lucky enough to draw a game where that's even possible.  The quicker you can recognize a bad hand and quit that hand, and get another, the more likely it is you'll eventually get a good hand that can yield a high score.  There is a time reward applied, faster is better, but the time reward is small compared to the value of getting long runs of cards.  I.e., it's generally better to take more time (and reverse your play to find a longer run of cards) than it is to go quickly and possibly miss a play, even if you eventually "win".

If someone were to study it and do some modeling, they could probably come up with an optimal heuristic for when to abandon a game, especially if they count cards.  Or just set a learning algorithm (AI) loose on it and see what it comes up with.  Judging from the number of scores in the 3000's we typically see every day, it seems to me that there are several folks who have figured this out through experience or thinking it through more than I have.  Simply being good at completing games will keep you off the leader board unless you've got all day to try.

I also think the game dynamically adjusts the "goodness" of the hands being dealt so as to keep the game competitive and interesting as the day goes on and high scores accumulate.  I find it relatively easy to break 2000 late in the day when the top ten scores are all in the high 2000's or in the 3000's, compared to the start of the day where I can play for an hour and dozens of games without getting above 1900.   I.e., I believe the game adjusts the goodness of the average hand being dealt based on the top scores achieved to that point in the day. 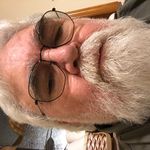 pr84495004
Newbie
I reached the Master Level on Microsoft Tri Peaks but like you have only broken the 3000 points in aarp.
I do not understand it. I wish there was some type of tutorial. No matter how you play or how fast it does not make any sense. Happy to know I am not the lone player with this defeat.

3900 pounts is about highest score on Tripeaks and it was not made by me. Today it is showing the leader with over 38,000 points! No way! Your thoughts anyone?

that's a cheat, report them.

Luck of the draw/deal. Right card selection. That can make all of the difference. That is luck .

Well, last month there was a Tripeaks score of 4281, which I could see as legit.  That was the second highest I'd ever seen.  Before that, there was a score in the tens of thousands, which was quickly taken off the site.  And now there is today's 38,280.  Come on!  Those scores over 5000 have to be fake.  What gets me is that these spurious scores knock out the number 10 player on the daily, weekly, and monthly lists, respectively.  These are players who have worked hard to get up there, even if "only" number 10.

I got to 4012 recently -- ran almost the entire set up from the first card.  Cleared the last few cards before I got half way through the pile.  It's just luck with a little skill.  I'm thinking 4500 might be the maximum attainable score, so I'm pretty happy.  May not play much after this  -- not sure I'll ever see 4000 again.

Hello and thanks for the response.  I wrote to AARP about this game and requested more detailed instructions and I wish I would have saved the message!  What I was told was that they are working on putting out more info on the games.  I do remember they said that the max high score is 4850 on this particular game.  The longer that you can make a "chain" without drawing from the pile, the more points are scored but was not told exactly how many points each card is worth.

TerryDarc
Periodic Contributor
One thing to note: these games are not unique to the AARP site. So, a google search for "tripeaks solitaire" gives many results including the game's own Wikipedia page! Invented in 1989 it say by Robert Hogue but also says the max score is 60 which means an apparent change in scoring has happened.

Often these google searches will give you more complete rules & tips than AARP which, AFAICT, gives you almost nothing.
0 Kudos
320 Views
0
Share
Report
Reply
Turn on suggestions
Auto-suggest helps you quickly narrow down your search results by suggesting possible matches as you type.
Showing results for
Show  only  | Search instead for
Did you mean:
Users
Announcements