I am having the same problem and no one has been able to give me a solution.

Thank you r20196d. Not as much fun as playing with the honest folk on this site, but I will check out that site some more and may just switch from playing on AARP's site. Too bad though. It was fun for a while taking turns with the honorable people on this site for the Leader Board postings.

Thank you all Veterans for your service! 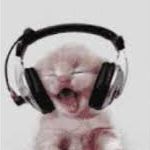 So that's how you do it!

This will work too, then I suppose. In google search Games CNN should the first link. They keep scores, maybe not personal best, but daily, weekly and all time.

You might need to become a member but it's back by the news station CNN.

Haven't had a problem with loading any of the games. Guess I'm fortunate that way.

For a while, resetting the game Leader Board during the EST evenings kept the dishonest cheaters/hackers from monopoloizing the Leader Boards. The sad thing is that it appears that those people are members - as they have had the nerve to post on this comments section that they're upset about the score reset! Not sure how they can sleep at night, but they have managed - much to their own delight - to spoil the games played by honest people. SHAME - SHAME - SHAME!

What ti you expect from a second rate IT department?

WHAT A JOKE!  UNAVAILABLE FOR TWO WEEKS, AND NOW TOY CHEST IS ABOUT THE SAME SIZE.  WE FOUND WILD TANGENT, FREE GAMES, AND MUCH BETTER GRAPHICS.

Totally not impressed.  In order to play I have to empty the cache, which also empties all my passwords.  I may be AARP age, but I'm too young to waste my time redoing my computer just to play solitaire games.  Just not worth it.

I use Firefox browser, and since the new updates, if I play a game in the morning, and then go back to play another later---the score I made on previous game(s) has dropped to zero.  In the overall scheme of life, this is not a big deal, but nevertheless, it is frustrating to want to go back later and beat a previous score only to find that it is a done deal if I only score even a single POINT!

I even tried using different windows--one for the 'word' games and another for the solitaire games--hoping that it was the process of switching areas that did it.  Nope---but it is inconsistent!  Just what you wanted to hear, right!?  🙂  Thank you for listening and hope you can resolve this and probably more serious issues discovered by others.  Change is never easy. Good Luck!

The new AARP games are live???  Not anymore!  I have tried to bring up the games yesterday and again today.  A page with no images, just words about games, makes a brief appearance - too brief to click on anything.  Then that screen disappears.  I am hoping that means that AARP has someone working to improve all the games.

The new AARP Games site is live! The site sports an updated look and feel to help you find your favorite games, discover new ones and get to play them faster. These changes are made possible by a new foundational technology that enables us to bring you additional features, updates, and new games.

If you need to report a technical issues, please include your device type and browser to help us isolate and resolve issues faster. Please be patient as we work through some known technical issues (e.g., IE browser is not loading).

We hope you are as excited as we are about these improvements. For more information, visit the Frequently Asked Questions.

Thank You and Happy Playing!

Report Inappropriate Content
0
Kudos
940
Views
0 Kudos
Turn on suggestions
Auto-suggest helps you quickly narrow down your search results by suggesting possible matches as you type.
Showing results for
Show  only  | Search instead for
Did you mean:
Users
Announcements