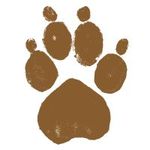 MMO stands for Massively Multiuser Online. These are game worlds in which many players can participate simultaneously, either as solo players exploring a new world, or playing together to accomplish tough challenges of the respective game.

Most people have heard of World of Warcraft (or WoW). That was truly a fun game to play. I played that some years ago, then switched to Guild Wars, and now frequent the world of Lord of the Rings Online (aka LotRO).

There are no portals to such games via the AARP site, but it sure would be nice to have. I remember back when AOL was still an infant. They had a gateway to Neverwinter Nights, an excellent game similar to Dungeon and Dragons. I was hooked, and ironically had to force myself to quit AOL, b/c my phone bills started rising dramatically (all dialup, and no free calling back then).

What say you, oh gaming powers of AARP? Using LotRO as an example, it is free to play. Have one of your people set up a kinship. We members could join the kinship, and go out on quests together. Maybe you could throw in a special member bonus, like the Samwise Gamgee starter pack, that would give the new AARP member a free horse right from the start. Maybe you can get the StandingStone people to make a special starter pack just for AARP.

Bottom line, would anyone be interested in such an endeavor? Are there any MMO players out there? Or even players of Lord of the Rings Online?

Have never played LotRO.  By the time it came out I was already playing World of Warcraft.  Before that it was Dark Age of Camelot.  Before that, back in the last millennium, it was Diablo 2.

Currently, I have "ventured into the past" and play the "Classic" version of WoW.

0 Kudos
82 Views
0
Share
Report
Reply
Turn on suggestions
Auto-suggest helps you quickly narrow down your search results by suggesting possible matches as you type.
Showing results for
Show  only  | Search instead for
Did you mean:
Users
Announcements

Ask the Expert: Juggling Caregiving Amidst Coronavirus this Holiday Season

Join AARP's Family and Caregiving Expert Amy Goyer to uncover the best ways to navigate the holiday season with your loved ones. Ask and Learn Now.