Do high scores matter? Behind the Leaderboard™ Discussion 2

Do high scores matter? Behind the Leaderboard™ Discussion 2

Over the past several weeks, you've met a few of your fellow gamers through our articles and forum discussions. In our Behind the Leaderboard™ series, Bob J. (@BobJ685852), Delphine R. (@Delreed351), and Barbara M. (@bem1211)  say they play games to challenge themselves, while retiree Mary Louise H. (@mlou58)  just plays for fun.

Are you a casual gamer or a fierce competitor? Do high scores even matter?

& play the same way, also a word wipe player at the moment.  I feek the leaderpoard  is either fade or plagued by hackers.

Following is a summary of my conclusions about the believability of high scores in WordWipe.  This is excerpted from a series of 4 rather lengthy posts I did over the last month or so of analysis.  To find these posts, locate  the button at the top of the discussion page that says "All Forum Topics", then go down the list to a topic called "WordWipe Scoring".  That's where my posts are.  The posts go into detail about how WordWipe is scored and what it takes to achieve different score levels.

"I’ve come to the conclusion that it is highly likely that there are some bogus scores being reported for Word Wipe.

Thanks Games Concierge! I have always been compepetive. I dont have anyone in particular at AARP games that I compete with but do compare scores with my wife and daughter for bragging rights. So far so good tho. They are still in my rear view mirror and all they see is tail lights! 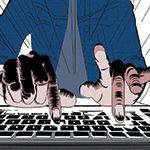 This week's discussion is all about competitiveness. Are you a competitive gamer or do you just play casually? For me, I don't usually compete with other people as my gaming is fairly solitary. But I do find myself peeking at the AARP leaderboards from time to time just to see how AMAZING some of you are at these games. Some of these high scores just blow me away!

What about you? Do you try to make the leaderboard or are you just playing for fun?

I play for fun, but deep down everyone would like to be top dog at least for a little while.

High scores does not matter to me as much as the time. I want to know why there is a time limit on these games and not a relaxed button where you can play until you get to the next level, such as the mahjong games?  They normally start out at 5:00 minutes or less and the time rapidly decreases as the game goes on.  why do for instance, the mahjong candy game makes you lose twenty seconds everytime you have to go to hit the button in order to unlock another screen to match the tiles? this is really frustrating and it makes the game very unenjoyable to play and it makes AARP games SUCK!!!!!!! I am tired of playing them, hopefully you will fix this situation, if not you have lost a member.for goood.

Competetive? Nope. Doctor said I have cognitive decline and suggested puzzles, games, etc., to stimulate the brain. Does it help? I have no idea. But, it is fun. So, that's good enough for me.

To the "Games Concierges", some feedback:  I don't like what you have done to the format of this discussion board.  You've made "Behind the Leaderboard" the only topic option coming from the WordWipe and possibly other game screens.  The "Discussion Board" is now filled with bland topics and blander posts.  There is apparently no way to get back and see the original, user-generated topic posts as they existed a week or so ago without going through the "tags", which I imagine most people are not familar with.  I can't even find posts I made within the last month or so.  It seems like you are trying to discourage posts that might be meaningful to people by making us respond only to your chosen topics.  You have taken away our choices regarding topics and how we interact on the AARP discussion board.  How come?   And FWIW, I'm not a fan of the comic book caricatures of the contributers.  What's your objective here? 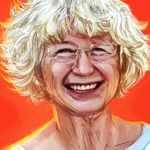 Hang in there.  This only lasts through the month of December.

BTW, if you get high scores, would you mind giving me some of the strategies behind 10x10?

Not really; however, it is good to challenge yourself.  Not sure how some achieve the scores posted posted for Freecell etc. 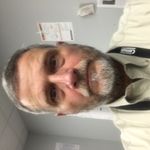 Aye - they do!! What interests me is seeing many of the same players listed among the top ten leader boards day after day.. they might be addicted to playing those games?
On another note, how does anyone score 10,000 points or more in the bridge game app? Are those players with unbelievable scores somehow manipulating the game app?

I have wondered if and how someone could manipulate to get those unbelievable scores too.

I like to play, but i see that the game/player adapts to my competentcy and I don't like that.   If I don't get good letters to make big words, then it continues that way for all games, therefore, I CAN'T get a high score.   It's that way with ALL games- favoritism is set so we don't quit playing. Played these games long enough to know, so no excuses needed. I'm not competitive for that reason...:(

I had not noticed that.

I try to make the Leaderboard however, I can't seem to make it on Bubble Dragon. I'd like to know the secret. I see several names that always make high scores and would love to hear from them.

I don't mind not being on the leaderboard, but I also sure would like to know how others do it too!

When I try a new game, my scores are abysmal but slowly go up.  But they don't go up much.  I get to a point where I stop improving. That is when it gets frustrating.  The only score I want to beat is my own.

0 Kudos
823 Views
0
Share
Report
Reply
Turn on suggestions
Auto-suggest helps you quickly narrow down your search results by suggesting possible matches as you type.
Showing results for
Show  only  | Search instead for
Did you mean:
Users
Announcements