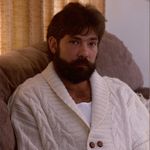 Can someone esplane how this game is scored? I have made 5 balls on the break a few times, then run the table with as little as 1 ball or none being made by the computer and yet score 10,000 less points than any of the leaders. What are they doing, Kissin the Balls?

Are you playing the Difficult game?  You must play the hardest game to get the most points.

I play the hard mode. I'm new with the game, and i haven't been able to figure out how to get the handball to stay where I want. Pretty annoying.

Just to be clear, I enjoy playing the traditional game with no tricks--just try to run the table, but without moving the cue ball, etc.  I spend most of my playing time doing that, but the innacuracy of bounces off rails is annoying, so I mostly stick to straight-in shots, not a real pool game.

If your scores are that high, you pretty much have it figured out.  The more balls in play, the more 500 -point bonuses you can get from bouncing off >4 balls and sinking >2 balls; and the longer you can delay choosing solids or stripes, the more choices you have in shots.  The rest is luck--you have to have 3- and 4-ball shots to get serious bonus points, and forget getting 40,000 without both.  (Remember, to reach 40,000, every ball has to average 1,700 points.)

That said, they (we) cheat.  If you move the red dot to the edge of the English ball at the bottom, you can click on the break ball and move it into any position.  It almost makes up for the fact that there are no good bounces off the balls and rails, so it is impossible to set up your next shot.

Thanks Flash, but i'm confused you are calling the que ball the break ball? All these fancy terms for balls. I tried moving the red dot to the top and now my break ball keeps going into the pocket when I shoot.  I have tried cheating, but I keep getting caught.

Read Instruction #9 (the "?" icon above the pool table) to learn about English (or "spin").  If you put the red dot anywhere exactly on the outer edge of the cue ball icon below the pool table, you can click on the game cue ball and move it anywhere into position on the table.

Spin should not affect the cue ball's path until it hits a ball or rail (edge).  On break, you can move it anywhere behind the line anyway.  On break, I put extreme left spin on the cue ball and aim to the right side of the rack so that the path is almost through the #2, #4, and #8.  Look at where the cue ball will ricochet, which should be away from the pocket.

I know you (JFLASH) are the premier player of the AARP 8 Ball Game (in fact, I believe you had your highest score today- 08/22/19..40,900...yes?) ...I feel I play this game very well but getting over 37,000 for me is really difficult unless I'm missing something...I simply cannot figure out how to enter the 38,000-39,000 area...I've run the table as many as 4 times in a row but my scores are between 33,400 and 37,000...I think I notice some glitches in the software that could conceivably make it possible to add additional points but that still wouldn't come near your average daily scores...it's a fun game but frustrating when you play very well and still don't score high enough to be in the top 3 on the leaderboard...I'm usually between 4th and 7th on the list but have only been 1st or 2nd twice I believe (probably when YOU took a day off ) . I'd like to figure it out but after playing hundreds and hundreds of games I guess I'm missing a necessary component to do so. BTW: I've had 6 (multiple times) and as many as 7 (once) on the break and still my final scores were between 35,000-36,000 ...

0 Kudos
916 Views
0
Share
Report
Reply
Turn on suggestions
Auto-suggest helps you quickly narrow down your search results by suggesting possible matches as you type.
Showing results for
Show  only  | Search instead for
Did you mean:
Users
Announcements