How do you hone your gaming skills?

How do you hone your gaming skills?

I'm a backgammon lover and vacillate between using strategy and taking chances during game play. However, the latter rarely pays off for me (and lately I can't win against my husband who taught me the game😆).  My question is, do you ever practice playing the online version of a game to improve your board game scoring and vice versa? 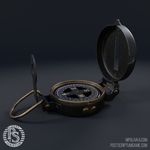 I enjoy Scrabble (unless my wife buries me..LOL), but two games I like and also help build strategy are Mastermind and an interesting quick game (roughly 15 minutes) called Onitama, which some gamers compare it to Chess.

For backgammon, you can find some books on strategies to use as well as find them online. Chess is very similar having both online and books to reference for improvement. I have found for chess that playing people is one of the best ways to improve. You may not win early on but pay attention to how they play and you should be able to find a way to counter it. For backgammon, I always try to move my pieces to accomplish two goals. The first is to be protected from getting bumped and the second is to block my opponent from being able to move or at least make himself vulnerable if he can move.

I used to play scrabble in an activity social VA outpatient setting, and our psychologist would help with 3 or 4 letter medical terms, and our scores would skyrocket.  I also liked Hangman and Battleship.

I like playing Scrabble (but I have no one to play it with), but one friend and I play "Quiddler," which is a card-based word-building game. (For whatever reason, my game-playing friend does not like Scrabble. Oh well.) 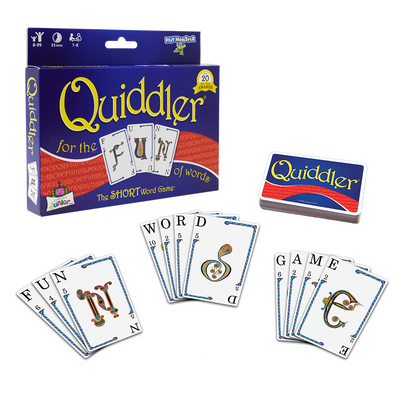 I play "Words with Friends" on my phone despite having some issues with that game, but I've tried to get over them. I guess my biggest complaint is that players can just sort of blindly try to create words and stumble into something accidentally. You're not penalized and/or cannot be challenged for putting up a word that may or may not exist, because if it's not in the Words with Friends dictionary, the game won't let you play it.

Scrabble doesn't allow for that, which for me, makes it a more thoughtful game. Heck, you can lay down "kwyjibo" or "disdam" and it's up to your opponent to challenge it. Still, I'll reluctantly admit that Words with Friends has helped me become a bit better at other word-building games, since I'm starting to recognize certain unusual but legitimate words that pop up with some regularity.

I still don't know what "qi," "vu," and "qat" mean, but now I play them. If only there were some way, in this modern age, to look things up quickly...

I'm a fan of scrabble! Too bad your friend doesn't like it. I also learned about those short but big point words when laid strategically from words with friends. Have you played bananagrams? That's another fun word-building game.

Yes!  I had to check the ol' game closet but bananagrams is in there, in its yellow, nylon, zippered, banana-shaped bag!  I think I've only played it a few times, though I remember enjoying it. Maybe I'll bring it out and play again this coming week.

There are also a lot of great AARP Word Games that can help hone your skills!

I want to learn how to get more points on the crossword games...CodeWord is one I can’t get past 1/2 to 1/3 of the available points! 🤷🏻‍♀️

0 Kudos
2,926 Views
0
Share
Report
Reply
Turn on suggestions
Auto-suggest helps you quickly narrow down your search results by suggesting possible matches as you type.
Showing results for
Show  only  | Search instead for
Did you mean:
Users
Announcements