Guess what restaurant we went to this weekend for our family reunion? The Magnolia Restaurant in Myrtle Beach SC! The food was good!

Thank you for the beautiful pictures! 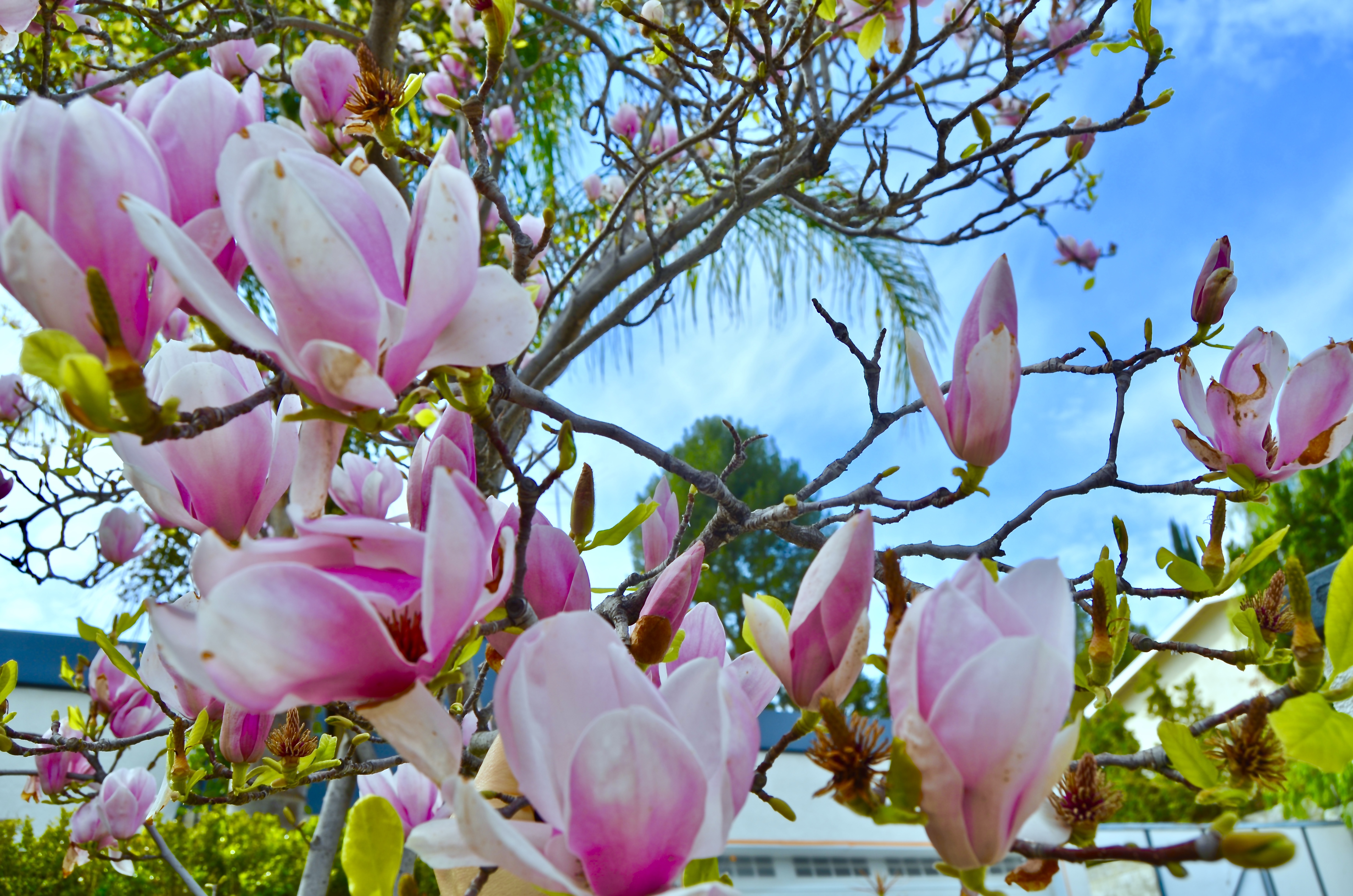 This photo is so beautiful and full of so much color that it might seem to not be real.  But it is!  When I look at such splendor, my only thought is to say "Look at the handiwork of God!"

"A picture is worth a thousand words" This is so true when it comes to a magnolia tree blossom.

I am "speechless", the magnolia blossom speeches for itself. God's creation! Patricia Neely-Dorsey said it so well in her poem.

Thank you so much,

I have not a story to tell, but this I offer in it's sted. 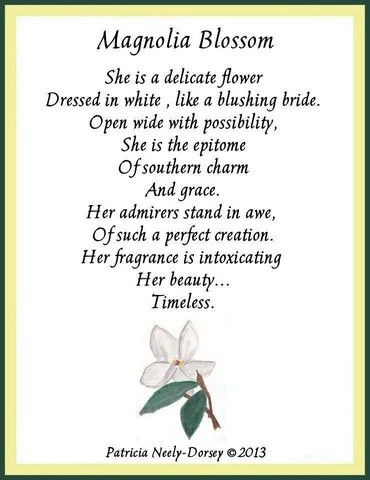 (It is still alright to post your magnolia stories)(This store is not from my books.)

Now the story about Anna continues as her son Teo stands over the newly planted, little magnolia tree. Teo walks to his front porch and sit in his rocking chair. The chair kept hitting the wall of the house as he rocks. Ebony, Teo wife comes to the door asking, "Did you knock honey?" Teo replies, "No, I think the back of the chair just keeps hitting the wall." "Are you ok darling?", Ebony warmly asked Teo. "I will be alright, it just hurts so bad right now", "I just want to sit out here alone for a while", said Teo. "Alright, I will check on you shortly, and the little tree looks nice out there Teo",said Ebony as she walked back into the house."Thank you Ebony, I want to watch it grow", replied Teo.

Teo had questions going on in his head as he looked up into the sky.

Just think about this, a couple welcomes their new baby son. His mother on many occasions takes her bundle of joy on the front porch of their house and rocks him to sleep. His mother Anna, eyes is admiring the magnolia tree in her parent's yard next door. The tree brings back to mind the many times she picked flowers of it's branches. Anna's mother told her many years ago how she planted the tree on their first wedding anniversary, over 60 years ago. The smell of it's flowers is so refreshing. It stand so tell, strong and beautiful. Anna remember the spot over there where the mighty oak tree once stood but now is no more. Her daddy had a swing on one of it limbs. Then over there next to the oak was a huge pecan tree. Anna's mother made many cakes and pies from those pecans. Her daddy use to bake the pecans in the ashes of the fireplace.

Anna recall how a powerful hurricane blew down both the oak and pecan tree, but the strong magnolia stood her ground. It only lost a few old limbs.

Now Anna's son has grown up and he and his wife is moving in the house next door to Anna to help look out for her. His father pass away a few years ago.

The young man stood on his front pouch looking over at his mother's then his grand parents house seeing the old magnolia tree. The thought runs through his mind, "how can a tree live longer then a man?" Then he reasoned, "it just do." Then something his mother told him as a boy came back to mind. Anna told him, "one day man will live longer than a tree".

Later Anna passed away. The son came home from her funeral, went out back to the barn, gets a shovel, walked over to the magnolia tree in his grand parent's yard and dug up a small offshoot of the magnolia tree. He then planted it in his yard. He stood over the planted tree looking down at it and smiled, saying "Life goes on, enjoy it".

Well, I need to get back to the point. I may have been a little selfish.

What is your magnolia story? (pictures of your tree, if you like)

You are so right. Time's a wastin'. I do have two books published. My first book title is "Magnolia, Magnolia, Where Are You?". My second book and the follow up to the first is "Magnolias That Cared About Me feathering THUNDER". Both books are on Amazon. I designed and painted the covers with a $2 paint set from Walmart.

Then I wrote the 100 page screenplay (movie) based on these two books. I sent it to a script consult with 20 years of experience in California. She read it and liked it, stating it would be a costly movie. That being said, I then broke the script down to 3 TV scripts.

On the cover of the first book you will see at the bottom of the book the two main charterers Anna and Ebony. (fiction) My Mom picture is on the top cover. Yes I called a number of agent with no good result. I sent two copy of my book to Oprah, Spike Lee and Steven Spielberg no good result.

Your flower above looks like it is just "reaching out". A photo like this one keeps me writing.

Report Inappropriate Content
0
Kudos
1775
Views
Reply
0 Kudos
Turn on suggestions
Auto-suggest helps you quickly narrow down your search results by suggesting possible matches as you type.
Showing results for
Search instead for
Did you mean:
Users
Top Authors
View all