Our Eye Center has answers to your vision questions. Visit today.

I see that you can sync your fitness tracker to the AARP Now app and earn Rewards points for hitting fitness milestones. However when you drill down to the instructions it says you need v3.20 of the AARP Now app to sync the fitness tracker, yet my Apple App Store only has v3.19. I have AARP support looking into this but wondering if anyone else has been able to find v3.20 and/or sync their fitness tracker (specifically Apple Health on the iPhone).

@PaulH732761   Are you earning points with the fitness tracker now?

No, still not getting the points.

@randymi1953   Can you send me via private message (info here if you do not use:  https://community.aarp.org/t5/help/faqpage/faq-category-id/pm#pm)  or post here the tracker and version you are trying to sync.  Thanks!

I have the Fitbit Charge 2.

Still not getting points I'm using a Fitbit charge 3

No.  I've called AARP & Fitbit twice & no concrete answer.  Each say to check with the other.

@vag   Have you tried removing all and then trying again?  Sometimes there can be issues when initially syncing.  Please try this and let me know if it gets resolved.  Thanks!

I 1st contacted you on 9/27/19, as even though my fitbit was synced w/AARP, I wasn't getting any Rewards points for my steps.  At one of your online "chat" reps instructions, I removed AARP approval on my fitbit app & attempted to re-sync, but your website wouldn't let me.  It took countless attempts over about 25 days before I saw my"fitbit" appear on my AARP Rewards page, however, when I check w/fitbit, they don't show AARP has requested authorization to be synced.  I've removed both apps on my phone & re-installed both; I've changed battery in fitbit.  I'm at a loss what to do!

@vag   We were able to look into this and the error is happening when you leave our site and go to Fitbit pages.  You may want to see if your browser is compatible with Fitbit services.  Let us know what browser and hoping Fitbit can help you.

Yes, I've tried.  I removed AARP Rewards from my fitbit.  Now AARP site won't let me link to fitbit!  When I hit "Sync a tracker", then "fitbit", then click on the red "Log in to fitbit" button on bottom--NOTHING happens.  The screen just sits there.  The red "Log in..." button does NOTHING.

vag
Periodic Contributor
P.S. According to a chat with a fitbit agent, AND www.fitbit.com/partnership......AARP is NOT a partner with them
0 Kudos
5,868 Views
0
Share
Report
Reply

Apple doesn't seem to be working.  When will it be set up?

I have had the same problem.  I'm curious as to the outcome.

@jbear105  @Solotreker  Apple can take up to 24 hours before it is live for all users, please check back again tomorrow and if still an issue let us know!!

Did up upgrade AARP now to V3.8 on your iPhone? 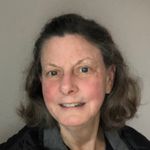 I ran into the same issue this morning.  Looking forward to finding out what to do in order to sync my Apple Health app to the AARP Now app.

2 Kudos
4,064 Views
0
Share
Report
Reply
Turn on suggestions
Auto-suggest helps you quickly narrow down your search results by suggesting possible matches as you type.
Showing results for
Show  only  | Search instead for
Did you mean:
Users
Need to Know