Can you cancel and get a refund when the hotel is gross?

Can you cancel and get a refund when the hotel is gross?

I tried to cancel a second night of a hotel itinerary because the hotel was not satisfactory.

#1 they had already charged my card, even though the AARP Expedia website said pay on arrival.

#2 The mattress smelled like urine, the lamp was dusty, the wall heater was filthy, and even the drapes had a large dirt stain. The hallway smelled like Marijuana and cigarettes. In short, it did not match the pics and description.

Upon waking up, I went to the desk and tried to cancel the second night night, but the desk clerk just brushed me off. I called AARP-Expedia, who then called the hotel. Again, the refused to refund me. I left and found another hotel, because no way was I going to sleep on a mattress that smelled like urine.

I lost that money, and now  I’ll struggle to pay my house payment. I’m disappointed with AARP Expedia and AARP. Not sure I should ever book with them again.

had a similar experience on same trip - the hotel was nothing like represented on the site, plus they were doing remodeling and it felt very unsafe. 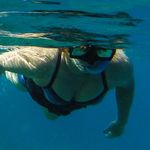 Did they try to offer a different room?

I’d write a review in Expedia and/or AARP, where this hotel is listed, and just tell the truth.  Twitter is also good for getting responses.

No, in hindsight I could have, but It really was gross.

0 Kudos
3,450 Views
0
Share
Report
Reply
Turn on suggestions
Auto-suggest helps you quickly narrow down your search results by suggesting possible matches as you type.
Showing results for
Show  only  | Search instead for
Did you mean:
Users
Announcements

Coronavirus and Travel: What You Should Know