I read, with interest, Alan Alda's description of his "active dreaming." (AARP The Magazine, June/July 2020)  As he's a man of science, I was curious as to why be didn't follow that up with the medical term for this phenomenon: RBD - REM Behavior Disorder.

There has been research on this disorder. As a sufferer from the same, its symptoms starting when I was only fifteen, I had contacted a researcher, Robert Verona, who had studied its link to the consumption of chocolate. This was in, around, 2002. (Article in New Scientist.)

The researcher told me that I was the earliest onset case he had ever heard of, by a mile. We spoke for about ten minutes, on the phone, and I let him know that I'd be willing to fly up to his hospital, for testing. I never heard back from him.

His article on the subject, that appeared in New Scientist, detailed that a substantial number of RBD sufferers go on to develop Parkinson's, as Alda has.  Once I read about RBD's possible link to chocolate, something I ate almost everyday, I gave up this suspected trigger, and my symptoms went away, never to return, except when I slipped up and ate a very rare piece of chocolate.

For those of you who are afflicted with RBD, I strongly urge you to look at your chocolate eating habits. For me, cutting out this food changed my life. Hopefully this information will change yours.

It must be noted that the above cited research never went anywhere, as far as getting the word out to RBD sufferers via major news media, and the like. In fact, many sleep researchers went out of their way to disavow a strong link to chocolate consumption and RBD. I suspect the multi-billion dollar chocolate industry was more to blame for this than any hard scientific research on their part.

Also, caffeine, which is found in chocolate, has been thought to be a possible trigger for RBD.  When I used to consume caffeine, in coffee and tea, I never experienced RBD episodes.  Only chocolate consumption had an effect on me, when it came to RBD.  I believe that theobromine may be the culprit that makes me act out, while dreaming. While these two compounds have similar effects, the key difference is that caffeine has an effect on the central nervous system, and theobromine most significantly affects smooth muscle. Researchers have found no definitive link between caffeine and RBD.

More research is needed!  Hopefully someone will go and do it, despite whatever threats Big Chocolate may bring to bear.

To go wayyyyy out on a limb, here:  There is a chance that, for some people, eating chocolate may lead to RBD, which may lead to Parkinson's.  If you think Big Chocolate wants anyone to get into heavy research on this, with a chance that a definitive link may be shown, then I have a bridge in Manhattan to sell you, at a very good price! 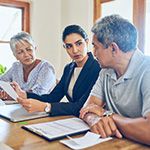 0 Kudos
792 Views
0
Share
Report
Reply
Turn on suggestions
Auto-suggest helps you quickly narrow down your search results by suggesting possible matches as you type.
Showing results for
Show  only  | Search instead for
Did you mean:
Users
Need to Know