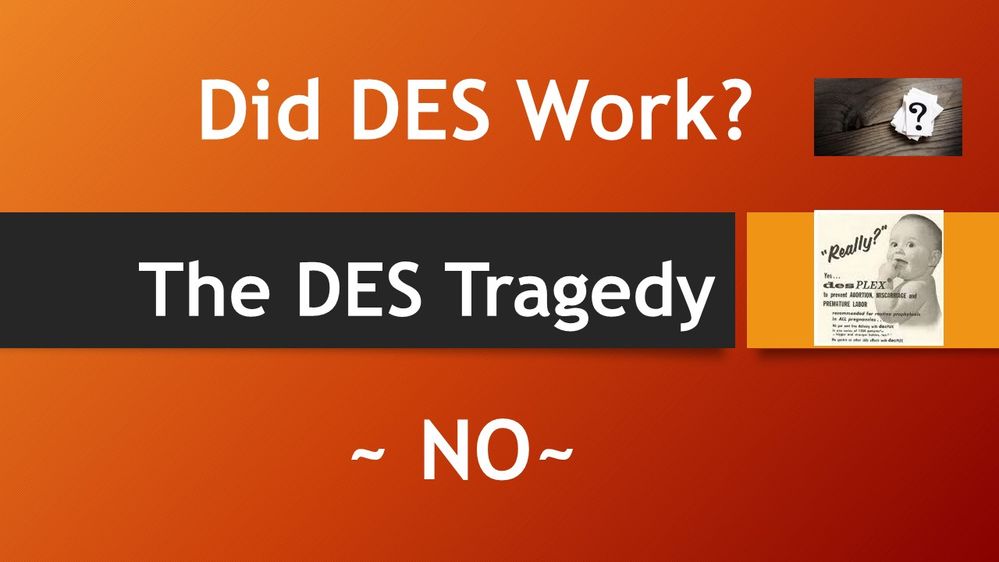 Starting in 1938 and into the 1970s physicians prescribed DES to pregnant women to prevent miscarriages and avoid other pregnancy problems. As a result, an estimated 5–10 million pregnant women and the children born of these pregnancies were exposed to DES in the United States.
Physicians prescribed DES to pregnant women on the theory that miscarriages and premature births occurred because some pregnant women did not produce enough estrogen naturally. At the time, physicians thought DES was safe and would prevent miscarriages and pre-term (early) births.
In 1953, published research showed that DES did not prevent miscarriages or premature births.
The DES Exposed are still awaiting an apology!
#Diethylstilbestrol
#TheDESTragedy
DESInfo411@gmail.com
KMFDallas
0 Kudos
1,658 Views
0
Share
Report
Reply
Turn on suggestions
Auto-suggest helps you quickly narrow down your search results by suggesting possible matches as you type.
Showing results for
Show  only  | Search instead for
Did you mean:
Users
Need to Know