DES Info: Are there any problems with 3rd Generation: Grandmother took DES (Diethylstilbestrol) 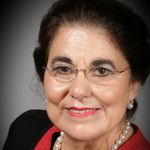 DES Info: Are there any problems with 3rd Generation: Grandmother took DES (Diethylstilbestrol)

Several reports have examined DES grandchildren for possible abnormalities.
For the granddaughters, these studies indicate that the age of first menstruation is not affected by DES, but that DES-exposed granddaughters have a greater likelihood of menstrual irregularity.
In a small clinical study that included pelvic exams, researchers found no evidence of DES-related changes in the granddaughters of women given DES during pregnancy.
A study of cancer outcomes in the granddaughters and grandsons showed no overall increased risk of cancer in either gender.
An excess of ovarian cancer was seen in the granddaughters of exposed women, but the number of cases was small, so the evidence is considered preliminary.
Investigations in Holland and France have shown a higher risk of hypospadias (a genitourinary anomaly) in the grandsons of DES-exposed women, but DES exposure was not verified in these studies.
An analysis of NCI data suggested an increased risk of hypospadias in DES-exposed grandsons, but the finding was not conclusive.
A study conducted in Holland found an increased risk of tracheo-esophageal fistula in granddaughters, but this also was not seen in the NCI data.
DES Follow-up Study
National Cancer Institute
#Diethylstilbestrol
#TheDESTragedy
DESInfo411@gmail.com
KMFDallas
0 Kudos
1,924 Views
0
Share
Report
Reply
Turn on suggestions
Auto-suggest helps you quickly narrow down your search results by suggesting possible matches as you type.
Showing results for
Show  only  | Search instead for
Did you mean:
Users
Need to Know