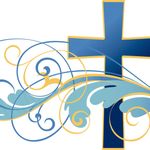 I was diagnosed w/Lupus SLE and am unsure if I should get the vaccine.

Does anyone have any suggestions or information on the efficacy or problems associated w/Lupus?

Hi @GraceB46024! According to the CDC, there is no reason to think that taking a vaccine that uses mRNA will result in an inflammatory response (flare) for a person with lupus or other autoimmune disease. There isn't much information on the Janssen viral vector vaccine at this time, but there is no reason to think it isn't safe for people with lupus. I recommend that you speak to your doctor about it and they can provide you with more information. You also likely qualify for a vaccine already, but it depends on the state you are in. You can also learn more by visiting COVID-19 Vaccine and Lupus from the Lupus Foundation of America. 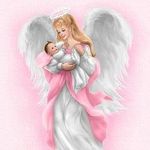 Live For Today, No One is Guaranteed a TOMORROW !
2 Kudos
2,878 Views
1
Share
Report
Reply

It's Always Something . . . . Roseanna Roseannadanna
1 Kudo
2,812 Views
0
Share
Report
Reply
Turn on suggestions
Auto-suggest helps you quickly narrow down your search results by suggesting possible matches as you type.
Showing results for
Show  only  | Search instead for
Did you mean:
Users
Need to Know