Inadequate treatment of pain of a nursing home resident 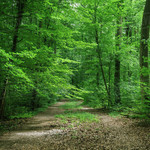 Inadequate treatment of pain of a nursing home resident

My mother was recently diagnosed with giant cell arteritis. She has been in a low-quality nursing home for over three years. I usually call in the evening to offer her items on her streams and she repeatedly and spontaneously states her head hurts. I called one morning to speak with the unit manager and she said, "Well, the prednisone was tapered, so yes, her head hurts." I said they need to find a solution. She was put on the list to be seen by the NP later that day. In the couple of weeks that followed, my mother did not mention her head pain, or any pain for that matter. However, when I visited last week, she repeatedly stated her head hurts. The staff said things that were deflective, almost joking, which caused me to burn.  As we passed the med cart on the way to her room, the med nurse said it was "too early." How do I compel them to treat her pain? I haven't tried the house doctor yet, but if he says no, what is my recourse? My mother is no faker or liar and has no substance abuse history.  I never dreamed I would be fighting for pain relief for her. I no longer drive, so checking her out for two hours to see someone else is not a realistic option. My brother, even if he bothered to answer his phone, would not provide a ride and hasn't in years.

@ChristinaC71503 I would look into whether your state has an Office of The Long Term Care Ombudsman and if they do to give them a call. Here in NH I've had to use their services, which are free, to help me with a problem I had with an assisted living facility concerning my father's care. They are advocates for the elderly in these situations and are great to deal with. I hope you can find an advocate in your state for your mom and yourself. I'm so happy that I did for my dad.

Thank you for trying. I have had generally useless "solutions" over the years. Since my mother has been in care, I made it clear will not work with M. I last worked with K, who is several counties from me, and after just reviewing several e-mails, it seems like there was a long-fought victory to see my mother's medical records, sent to me via a private link. It does seem things got better with the Smart TV operation. (Evening staff would claim to not know how to work it.) I did see my mother briefly today, and asked how she was, and she seemed good. No complaints of pain. I had forgotten about K. I am not sure she can help with a fight over medication. I will see what she has to say once I become aware my mother is in pain again, but accessing records and making them put on something my mother wants to watch on her Smart TV seems to be in a different category.

0 Kudos
1,525 Views
0
Share
Report
Reply
Turn on suggestions
Auto-suggest helps you quickly narrow down your search results by suggesting possible matches as you type.
Showing results for
Show  only  | Search instead for
Did you mean:
Users
Need to Know